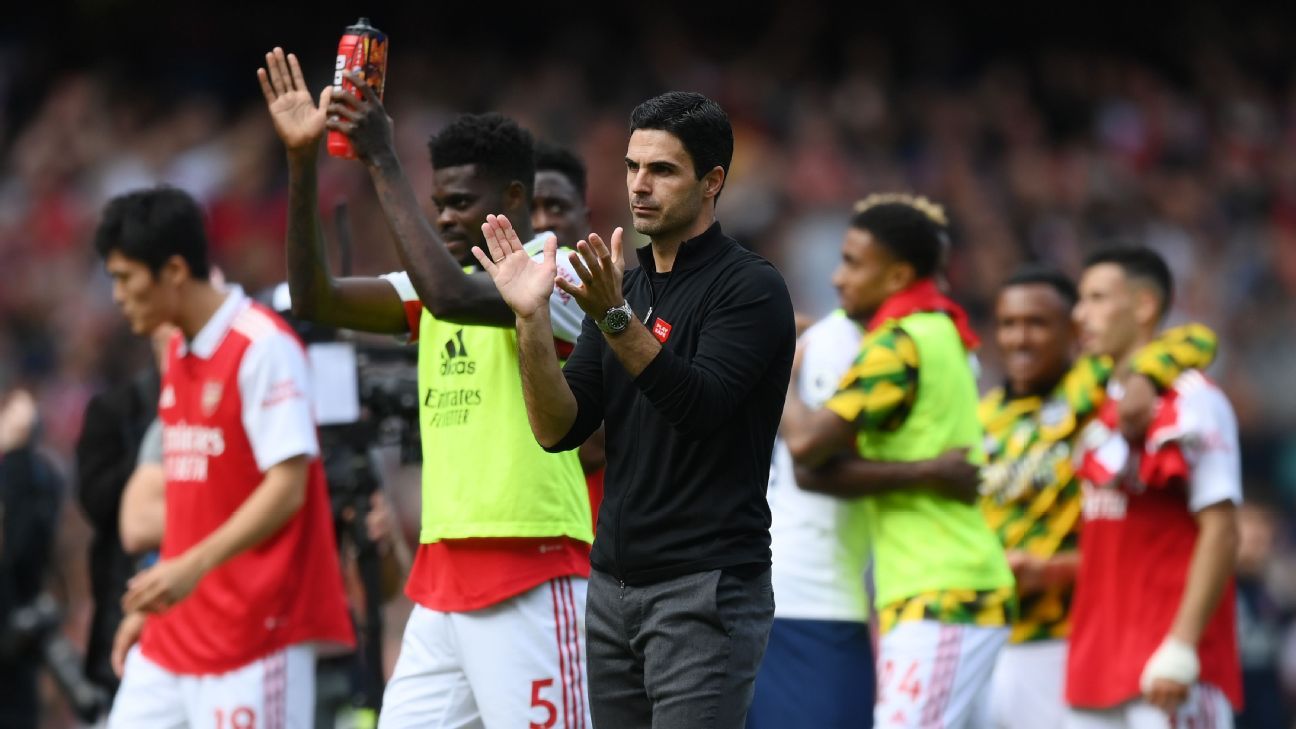 ﻿Mikel Arteta said he believes Arsenal’s 3-1 win over Tottenham Hotspur has sent a message to his players they can beat the Premier League’s elite sides.

Arsenal eased to victory at the Emirates on Saturday after midfielder Thomas Partey sent the hosts ahead with a superb curling effort from outside the box before Harry Kane equalised from the penalty spot, with Gabriel Jesus and Granit Xhaka netting after half-time.

The results means Arsenal remain at the top of the Premier League for at least another week after seven wins from eight matches with their only defeat coming at Manchester United last month.

The north London side have endured a poor recent record against the traditional ‘Big Six’ sides, and Arteta said: “[It was] 100% needed because when you play such a big game you want to win.

“Those opinions are correct because when you look at the start and just put it in that context you can do it, but it’s about how you give and receive information and how that affects you or not.

“For me the message is to the players and everybody here at the club that we are able to play at this level against this kind of opponent. That should give them confidence and belief.”

Arteta played down his side’s title prospects, however, despite guaranteeing they will end another weekend in top spot.

“Looking at the table and seeing the club in this position is great,” continued the Spaniard. “It gives you a great feeling obviously. But we are focused. It’s a really hungry and humble team believe me. It’s nothing that we have done yet and there’s still a lot of things to improve. That’s the direction we’re taking.”

Sources: Pele had COVID before going to hospital
Morocco’s run to World Cup knockouts is no fluke; the secret is team spirit
FIFA could abandon 3-team groups for 2026 World Cup
Shaqiri apologises to Swiss fans after 6-1 rout
Deschamps bans jewellery after Kounde error