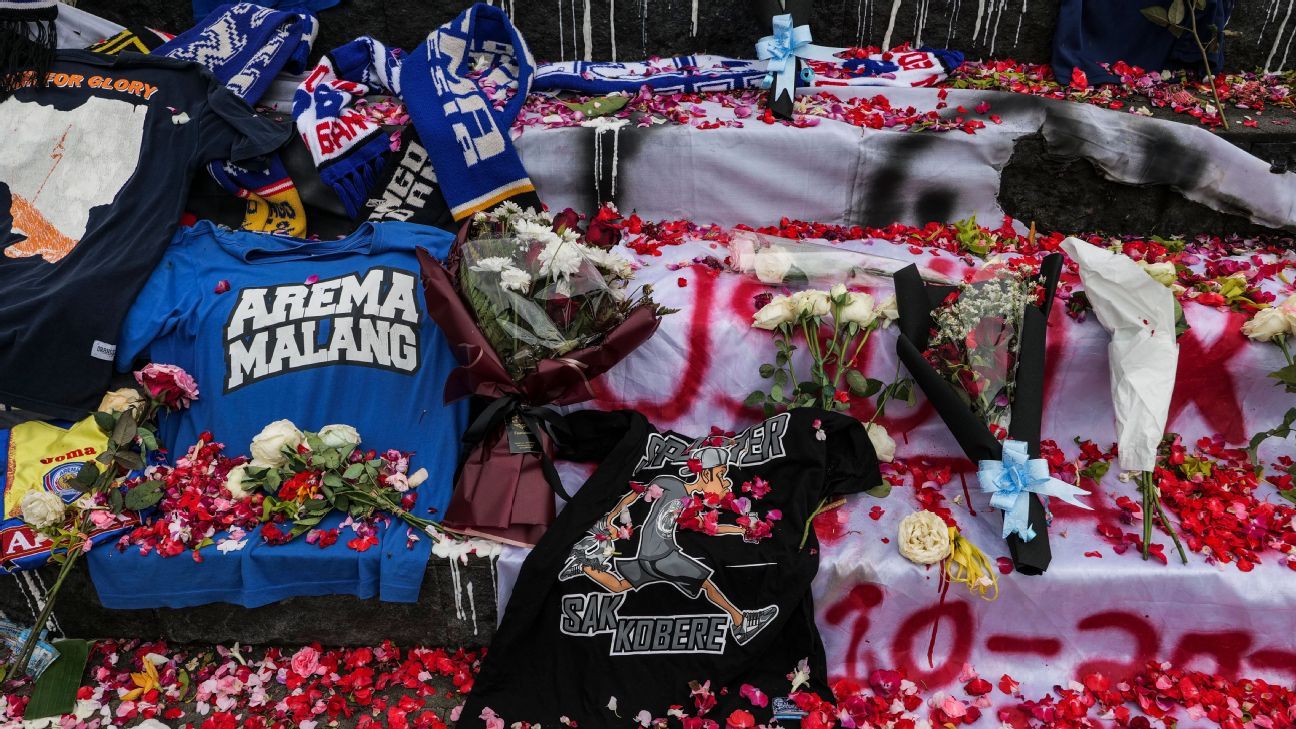 Indonesian police said they were investigating over a dozen officers responsible for firing tear gas that set off a crush that killed at least 125 people at a football match.

Distraught family members were struggling to comprehend the sudden loss of loved ones at the match in East Java’s Malang city that was watched only by hometown Arema FC fans. The organiser had banned visiting team Persebaya Surabaya’s supporters because of Indonesia’s history of violent soccer rivalries.

But most of the deaths occurred when riot police, trying to stop the violence, fired tear gas, including toward the spectator stands, triggering the disastrous crush of fans making a panicked run for the exits. Most of the people who died were trampled upon or suffocated.

National Police spokesperson Dedi Prasetyo said in a news conference that 18 officers responsible for firing tear gas, ranging from middle to high-ranking, were being investigated along with “internal matters related to security management.”

He said police were still questioning witnesses and analysing footage from 32 security cameras inside and outside the stadium and nine mobile phones owned by the victims as part of the investigation to also identify suspected vandals. Two police officers were among the dead.

Arema FC president Gilang Widya Pramana said the club was ready to accept any sanctions from Indonesia’s Soccer Association and the government, adding, “hopefully, it will be a very valuable lesson.”

Security Minister Mohammad Mahfud said he will lead a separate inquiry to investigate violations of law in the disaster. The team will also determine victim compensation and will complete the task in three weeks.

How Giroud surpassed Henry’s France goal record
Bierhoff resigns after Germany’s shock WC exit
Pele to Brazil squad: I will cheer from hospital
Ronaldo’s Portugal role ‘to be defined’ – Santos
USMNT out of up after rounWorld Cd of 16 loss