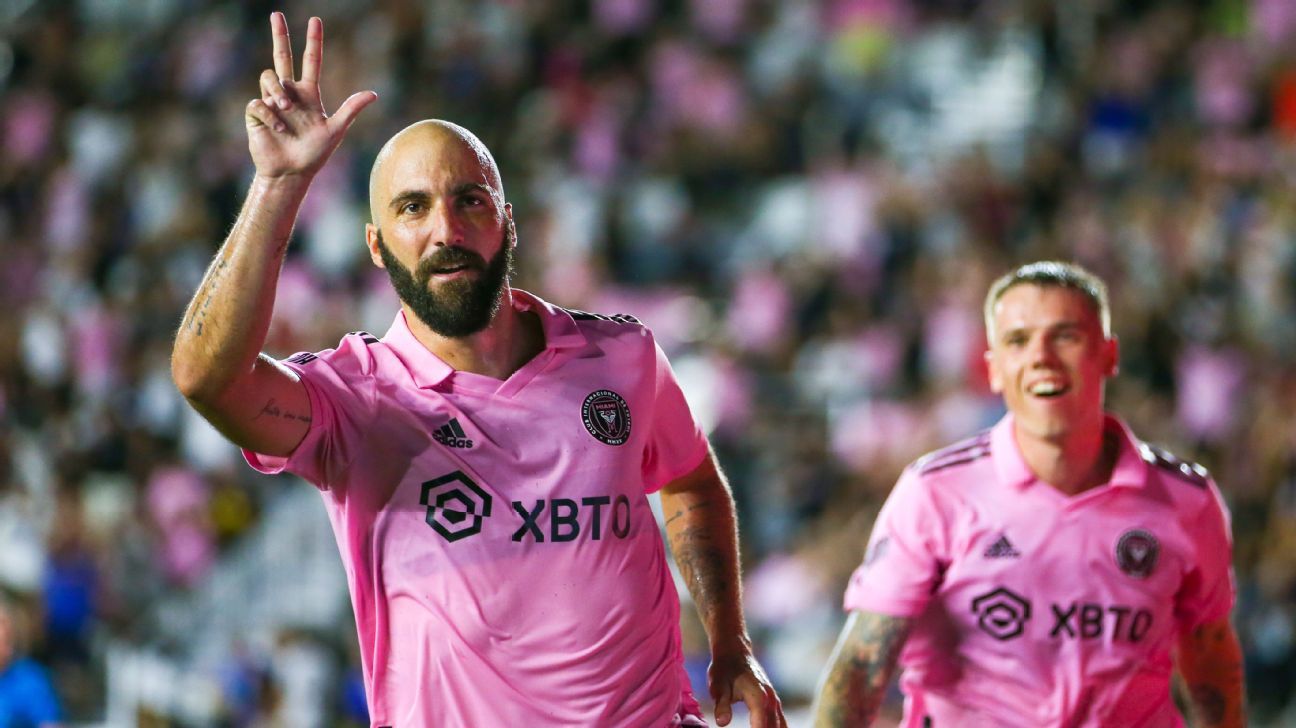 Inter Miami CF and former Argentina international forward Gonzalo Higuain announced his retirement on Monday, concluding a 17-year career that saw him play for some of the world’s biggest clubs including Real Madrid, Juventus, AC Milan and Chelsea.

Higuain, 34, will play out the rest of the season with Miami, which is currently in the playoff positions in Major League Soccer’s Eastern Conference with two games left to play.

After initially struggling with Miami this campaign, Higuain has enjoyed a revival down the stretch, scoring 10 goals in his last 11 league appearances, giving him 14 goals and three assists on the season. But despite regaining his form for the Herons, a tearful Higuain told a press conference on Monday morning that he was calling time on his career at the end of the 2022 MLS campaign.

The Argentine striker, Gonzalo Higuaín has announced today that he will retire and conclude his stellar career at the end of the 2022 MLS season.

“My biggest motivation is helping my teammates,” Higuain said. “I think the best gift that I can give to my teammates is to be able to retire as a champion with them because they’ve been there with me, they’ve seen me during my downs this year and they’ve helped me throughout this path. Not only players, but physios staff, my brother, my family and this is for all of them as well.

“I want to retire here as a champion, like I deserve to retire and it would be a very special dream. I know there’s two games left and we really hope that the fans come to the stadium and pack the stadium because it’s very important for us. And then once we get to playoffs, the story is different and my dream is to retire as a champion with all my teammates.”

Higuain began his professional career with Argentine giants River Plate in 2005 after progressing through the club’s youth system. He went on to score 15 goals in 41 league and cup appearances.

In 2006, Higuain was transferred to Real Madrid for a fee of $16 million, and after a slow start proved to be a prolific scorer for Los Merengues, scoring 121 goals in 264 appearances in all competitions. He was also part of three LaLiga title-winning teams as well as a Copa del Rey winner in 2011.

Higuain departed after seven seasons in Madrid, moving to Napoli in the summer of 2013 for $53.1m. He continued his goalscoring ways, tallying 91 goals in 146 appearances over three seasons.

In the summer of 2016, Juventus activated a release clause in Higuain’s contract, allowing them to acquire the Argentine for just under $100m, a Serie A record at the time. After an impressive initial season that saw him score 32 goals, Higuain’s production soon dropped off, leading the Bianconeri to loan him out to be both AC Milan and Chelsea during the 2018-19 campaign.

After one final season with Juventus in 2019-20, in which he helped the club to a third Serie A title during his tenure there, Higuain moved to Inter Miami, where he has scored 27 goals and added 14 assists in 65 league appearances.

At international level, Higuain was a consistent presence with Argentina’s national team, scoring 31 goals in 75 appearances. But despite his goalscoring exploits, Higuain fell just short of winning some of the sport’s biggest trophies.

He was part of the Juventus side that lost the 2016-17 UEFA Champions League final, 4-1 to Real Madrid, as well as the Argentina side that fell to Germany in the 2014 World Cup final, a match that saw Higuain spurn several chances, including a one-on-one with Germany keeper Manuel Neuer.

He was also part of the two Argentine sides that lost the 2015 and 2016 Copa America finals, both on penalties to Chile.

But Higuain will still go down as one of the better forwards of his generation, having scored over 300 goals at club level.

Miami plays Orlando City on Wednesday night and Montreal on Sunday and is currently in the seventh and final playoff position in the East on 45 points from 32 games.