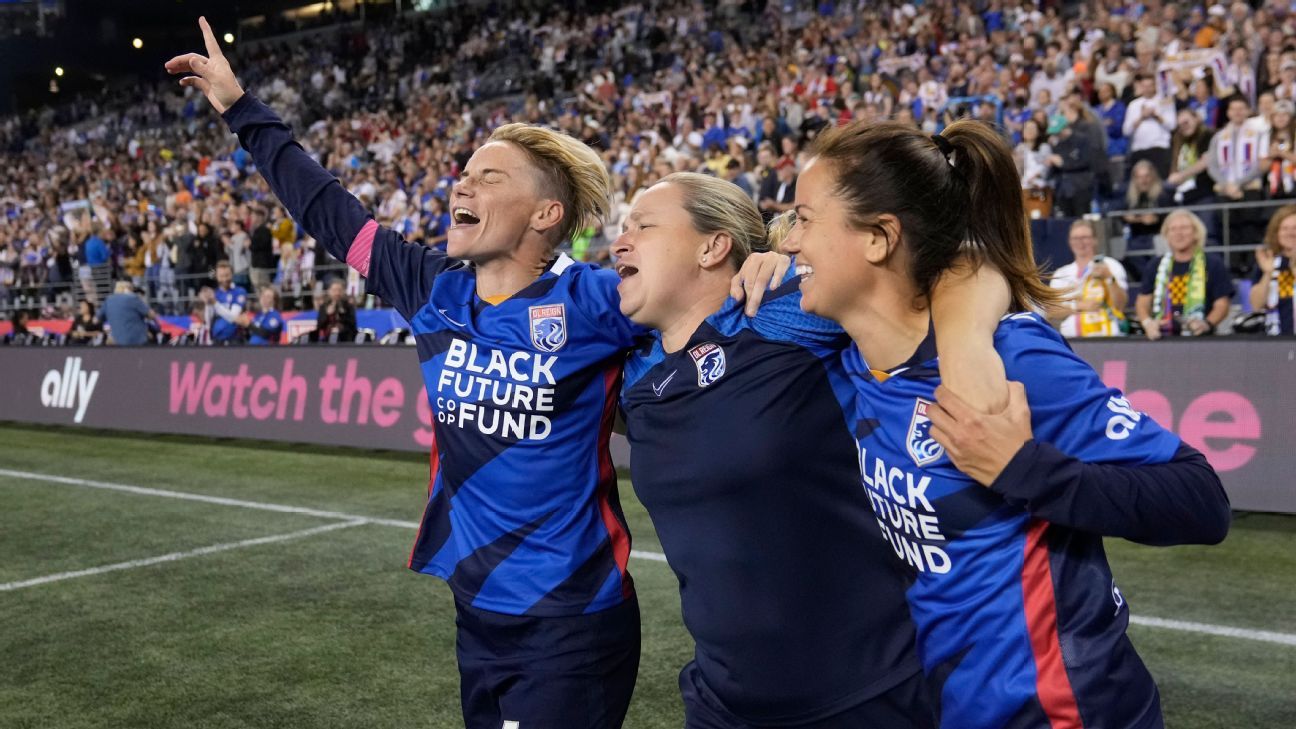 OL Reign have claimed the 2022 NWSL Shield after a 3-0 win over Orlando Pride at Lumen Field on Saturday. The shield is awarded to the club with the best record at the conclusion of the regular season.

The Reign topped the league table with an 11-4-7 record, and will be seeded first for the 2022 NWSL playoffs, which begin on Oct. 15, meaning they earn both a first-round bye and home field advantage for the semifinals.

The NWSL Championship is set for Oct. 29 at Audi Field in Washington, D.C.

Each player on the Reign roster will earn a $10,000 bonus as part of the league’s commitment to support equitable pay for NWSL — the first time a bonus for winning the shield has been offered.

“I want to congratulate OL Reign on their incredible success this season,” NWSL Commissioner Jessica Berman said. “This was a particularly competitive regular season and I applaud the team for all the hard work they put in to achieve this accomplishment. I look forward to watching them compete in what will surely be an exciting postseason.”

The Reign and United States striker Megan Rapinoe made her 100th regular-season appearance in the side’s win over Orlando, and she capped the occasion by netting the opening goal of the game. Further strikes from Jordyn Huitema and Bethany Balcer helped Reign to a comfortable win.

Information from the Associated Press contributed to this report.

Follow live: England face Senegal in round of 16 World Cup clash
England beat Senegal to set up clash with France
Off the bench, Ronaldo can help Portugal in a way he refused to at Manchester United
Sources: Gabriel Jesus out for rest of World Cup
USMNT out of up after rounWorld Cd of 16 loss