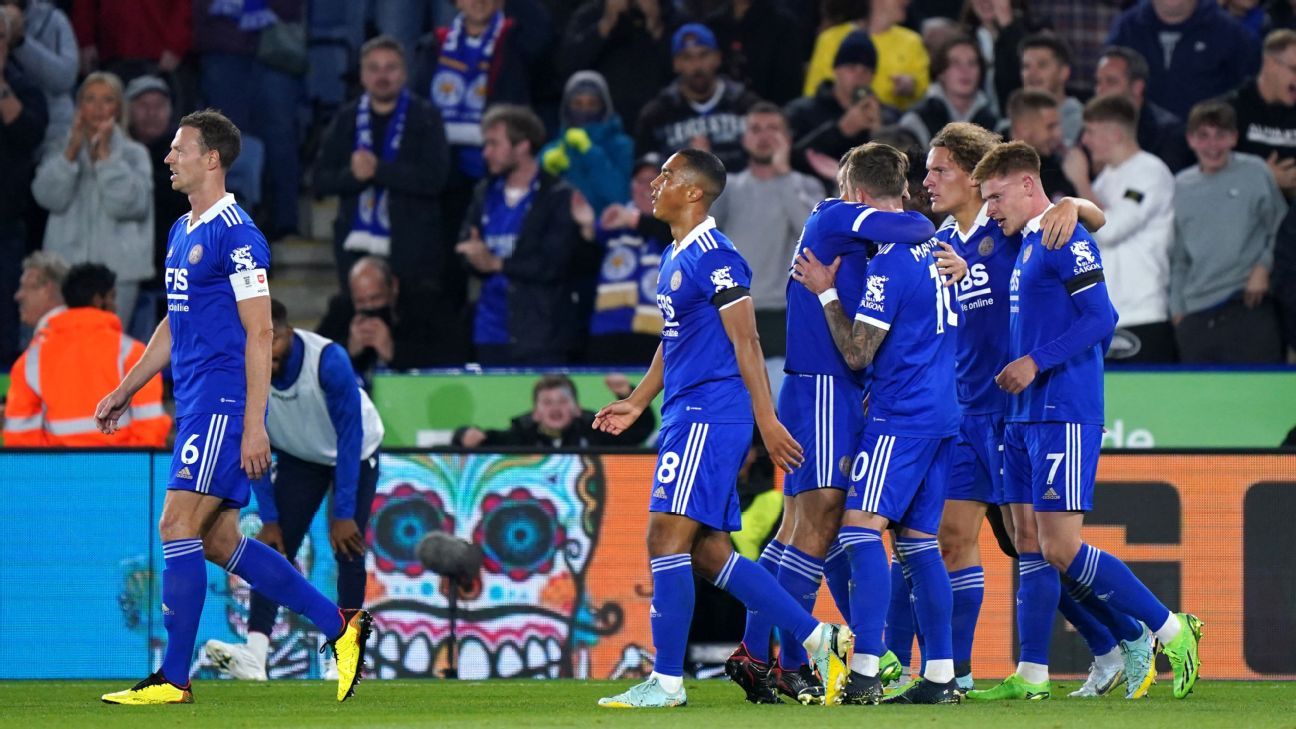 Leicester City‘s James Maddison scored two first-half goals as they beat promoted Nottingham Forest 4-0 on Monday to move off the bottom of the table with their first Premier League win of the season.

The pressure, for now, is off Leicester manager Brendan Rodgers, who looked and sounded like someone who could no longer get the best out of his squad following a 6-2 loss at Tottenham Hotspur before the international break.

“It was a season-changing game,” Rodgers said. “And to get the performance we did, hopefully we can push on.

“I felt we had a horrendous summer — that is the reality — and it continued into the season. We just didn’t play to the levels, but we’ve been able to reset that.”

The Foxes, who had taken one point from their first seven games and were the only winless side in the top flight, moved ahead of Forest on goal difference.

The visitors could have taken the lead against the run of play in the 22nd minute when a Taiwo Awoniyi shot bounced back off the post, but Leicester were 2-0 up with the King Power crowd roaring five minutes later.

Maddison broke the ice with the first in the 25th minute, his shot from just outside the box deflected in off the arm of Forest defender Scott McKenna, and Harvey Barnes doubled the lead two minutes later with a stellar shot from distance.

Forest goalkeeper Dean Henderson‘s nightmare evening continued when Maddison bagged his second with a perfectly flighted free kick in the 35th that flew over the wall and clipped the inside of the post as it went in.

It was a stellar all-round display from Maddison, who was disappointed to be overlooked in the latest England squad despite having strong form for much of 2022.

“It’s been a bit of a weird position — we have been bottom of the league, but I have almost been as confident as I have ever been in myself. I don’t remember playing better than I have over the past 12 months.

“I’ve got to be of the mindset that I’ve got to force my way in [to the England squad].”

Substitute Patson Daka, who came on for former England striker Jamie Vardy in the 62nd, made it 4-0 in the 73rd with a stunning backheel from a Maddison cross.

The defeat was a fifth in a row for Forest, piling pressure on manager Steve Cooper as he tries to gel a team packed with new signings, and Leicester’s first clean sheet in the league this season.

However, Cooper refused to criticise a team of recently signed players who have yet to gel, but said Forest had given Leicester too much space and squandered the chances they did have.

“I’m not thinking about my job,” Cooper said. “I’m doing my job. The worry in my mind is not my personal situation, its Nottingham Forest has lost another football match.”

Information from the Associated Press was used in this report.