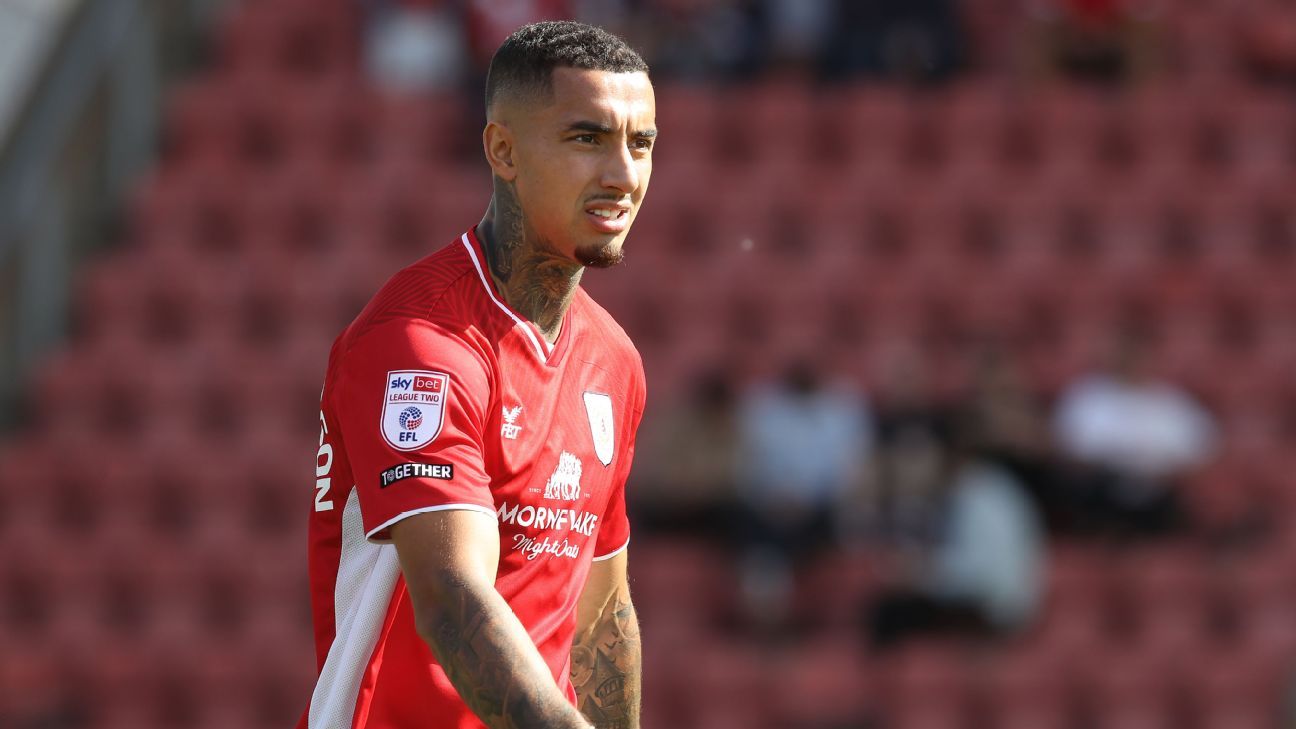 Crewe Alexandra head into Saturday’s game against Carlisle on the back foot after their top scorer injured himself while playing Xbox.

Courtney Baker-Richardson has been ruled out of the League Two match in England’s fourth tier after suffering a hip muscle problem.

“He did it in an innocuous way, which is about right for us with injuries at the moment,” Crewe manager Alex Morris told the BBC. “He did it playing on his Xbox. Dropped his leg on the sofa and tweaked it.”

The 26-year-old forward, who has scored six goals in 11 games for his side, joined Crewe in the summer on a free transfer from Newport County.

Morris added: “It’s an area of his body where he’s had issues before. There’s nothing we can do about it, but he’s having treatment and hopefully it settles down.”

Crewe Alexandra are 12th in the League Two table, with four wins from 11 games.

Sources: Pele now has bronchopneumonia
Saka on Mbappe comparison: ‘There’s only one’
Mexico coach ‘Tata’ Martino out after WC exit
Pulisic: ‘I’ll do everything’ to play vs. Netherlands
Man United thrash Aston Villa to go top of WSL