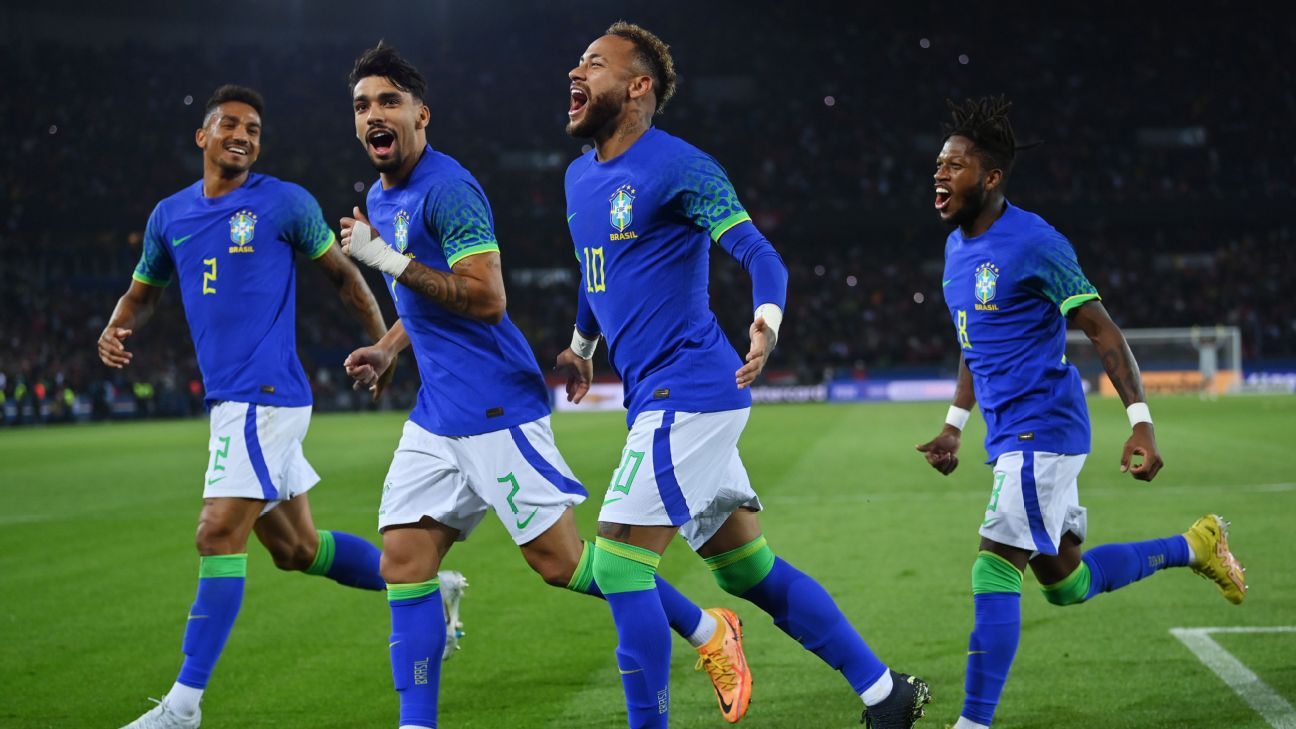 Brazil will go to the World Cup as the top-ranked team after extending their lead over second-place Belgium in the latest FIFA rankings released on Thursday.

They are the only nation to have competed in every World Cup finals and will go into next month’s tournament in Qatar seeking a record-extending sixth crown.

Brazil won their two warm-up games in September — against Ghana and Tunisia — while Belgium lost to the Netherlands in one of their two UEFA Nations League games.

Argentina stayed at No. 3 and 2018 World Cup champions France remained at No. 4.

The World Cup in Qatar starts on Nov. 20.

Italy rose one place to No. 6 and are the highest-ranked team that failed to qualify for the World Cup, missing back-to-back editions. Spain fell one place to No. 7, with Netherlands, Portugal and Denmark unchanged to complete the top 10.

Also, Russia rose two places to No. 33 despite not playing a recognised game in 2022 because the national team was suspended following the country’s invasion of Ukraine.