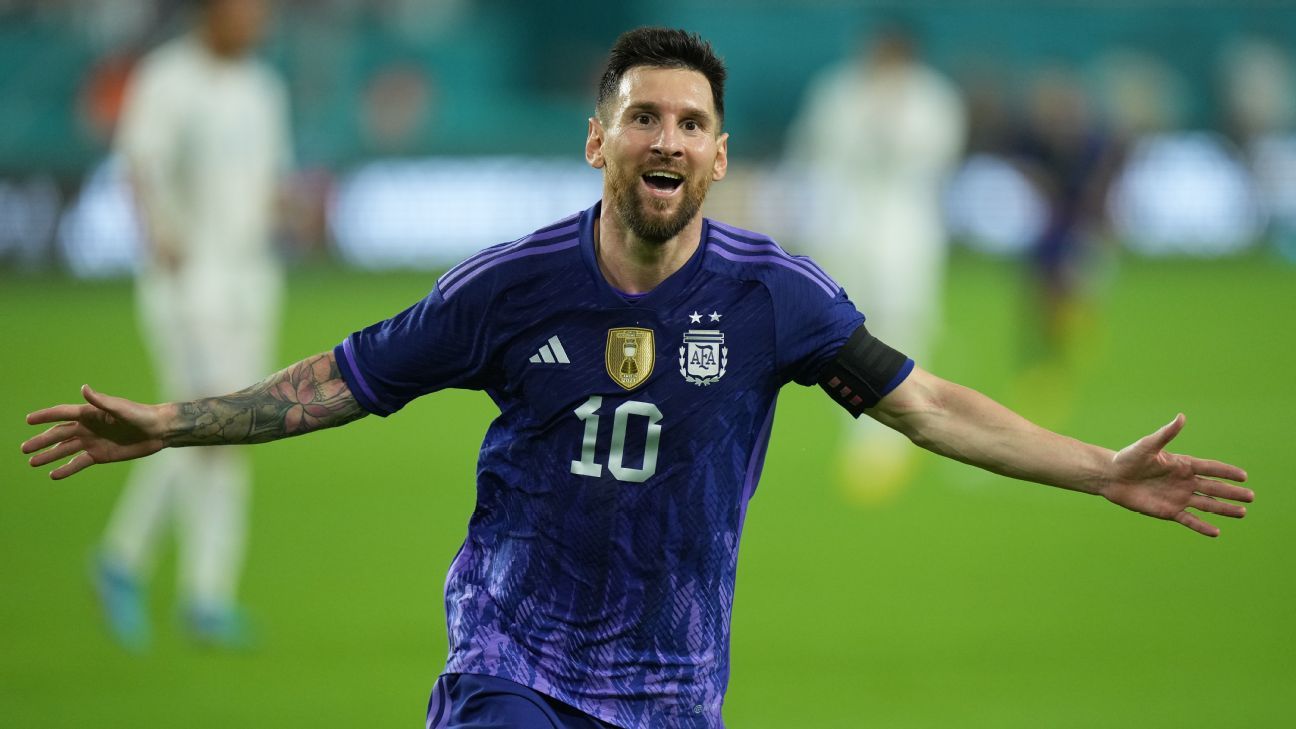 The 2022 World Cup in Qatar next month will be the last of Lionel Messi‘s storied career.

The 35-year-old Argentina star, who will play in his fifth World Cup, is still seeking his first title at the showpiece tournament (which begins on Nov. 20 this year) and admitted he feels nervous ahead of his last appearance on world football’s biggest stage.

“There’s some anxiety and nerves at the same time. It is the last one,” Messi said in an interview with Star Plus.

It is the first time the Paris Saint-Germain striker has spoken openly about his future after the tournament, with Messi having not said definitively whether he would retire from the national team after Qatar.

Argentina, who are unbeaten in their past 35 competitive matches, will arrive at the World Cup with their confidence high after winning the 2021 Copa America final against hosts Brazil, which Messi believes was a turning point for his team after several near misses.

“In a World Cup, anything can happen. All the matches are very tough. The favourites don’t always end up winning,” Messi said. “I don’t know if we’re the favourites, but Argentina is always a candidate because of its history. Now even more so because of the moment we’re in, but we are not the favourites. I think there are other teams that are above us.”

Argentina won the World Cup in 1978 and 1986. The team will open the tournament on Nov. 22 against Saudi Arabia in Group C before facing Mexico and Poland.

“I feel good, physically,” Messi said. “I had a good preseason this year, which I wasn’t able to do the year before [when he moved from Barca to PSG]. It was key to starting off better, as I did, with a lot of mental focus and eagerness.”

Messi’s record with Argentina stands in stark contrast to his success at club level. Argentina came close to ending their long trophy drought on three occasions but were beaten by Germany in the 2014 World Cup final and by Chile in the 2015 and 2016 Copa America finals.

“I have been playing with the national team for a long time now,” Messi said. “There have been spectacular moments, like in 2014, 2015 and 2016, but we didn’t win and were criticised for not being champions.

“We did everything right until the finals.”

Messi said he was heading to Qatar with a positive outlook as the elder statesman in a team full of young talent, while also still relishing Argentina’s massive Copa America win last year.

“It’s been very hard, but in 2019 a new group with many young people came and won the Copa America. That helped us a lot,” Messi added. “I couldn’t believe it, can’t explain it. It’s one of the goals I needed to wrap everything up. It was very important for me to win something with the national team, if not that monkey was always going to be on my back, all those lost finals.”

“I would’ve liked to have enjoyed it with the people of Argentina. It’s crazy how they experienced it, the aftermath. They’re crazy over the team, excited. That’s why it’s good to turn it down, we’re going to fight against anybody, but we don’t think we’re the champions. We think we’re just going to walk over anybody, but it’s not like that. The first game is key.”

“My love of the Argentinean people is unconditional. I’m very grateful to have experienced and enjoyed everything I have. It was very special.”

Argentina face the United Arab Emirates in their final warm-up in November before beginning group play in Qatar.

Information from Reuters and The Associated Press was used in this story.