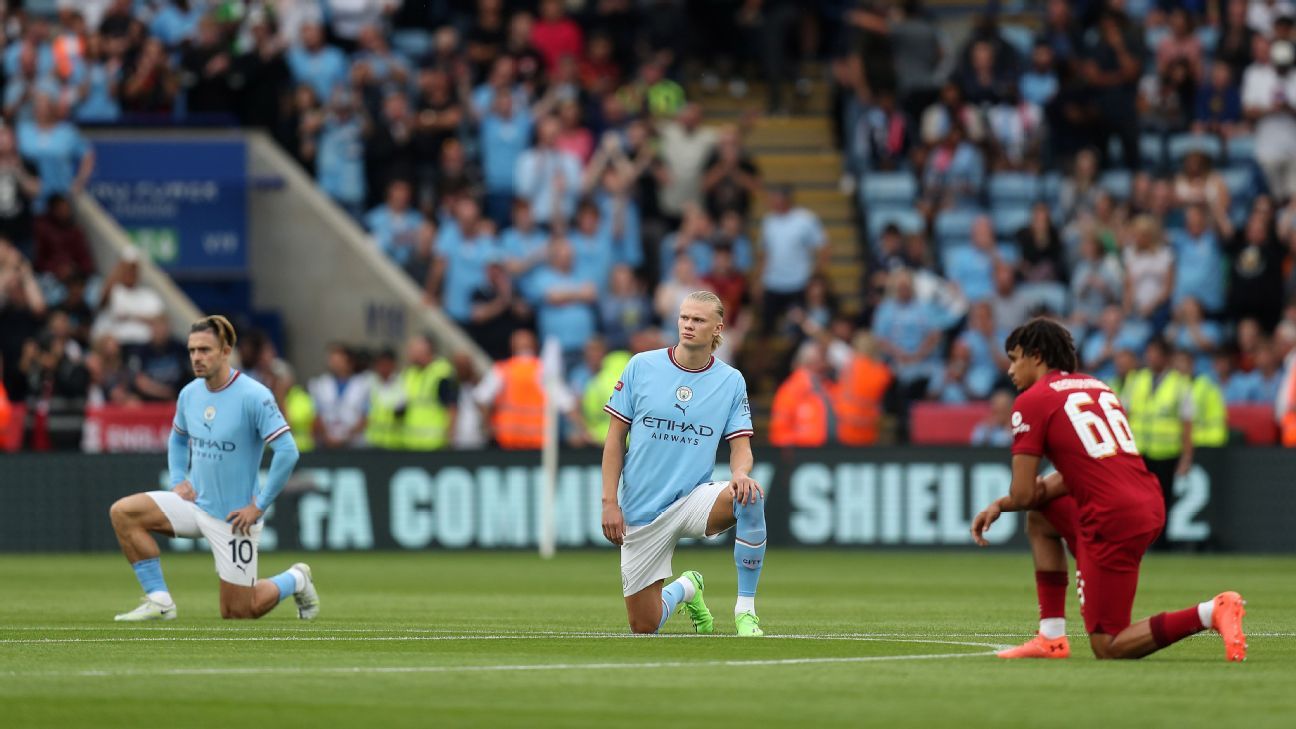 Premier League players will take the knee ahead of their dedicated “No Room for Racism” matches from Oct. 8-16 as England’s top-tier continues their “ongoing commitment to tackling discrimination and promoting equality, diversity and inclusion,” it was announced on Thursday.

It was decided ahead of the 2022-23 season that club captains would choose significant matches to take the knee, rather than at every game but reaffirmed their commitment to combat racism and discrimination.

“Players will take the knee ahead of kick-off before all 20 fixtures during this period to show their unity against all forms of racism,” a Premier League statement read.

“Players will also take the knee at Boxing Day fixtures after the FIFA World Cup Qatar 2022, at further No Room For Racism matchdays, at Premier League matches on the final day of the season and at the FA Cup and EFL Cup finals.

“All Premier League matches over the next two weekends will display No Room For Racism messaging, as the league and clubs continue to call on fans to challenge and report discriminatory behaviour wherever they see it.”

Premier League Chief Executive Richard Masters said he supported the decision to take the knee “at specific moments” and “will use these matches to further promote anti-discrimination and educate fans.”