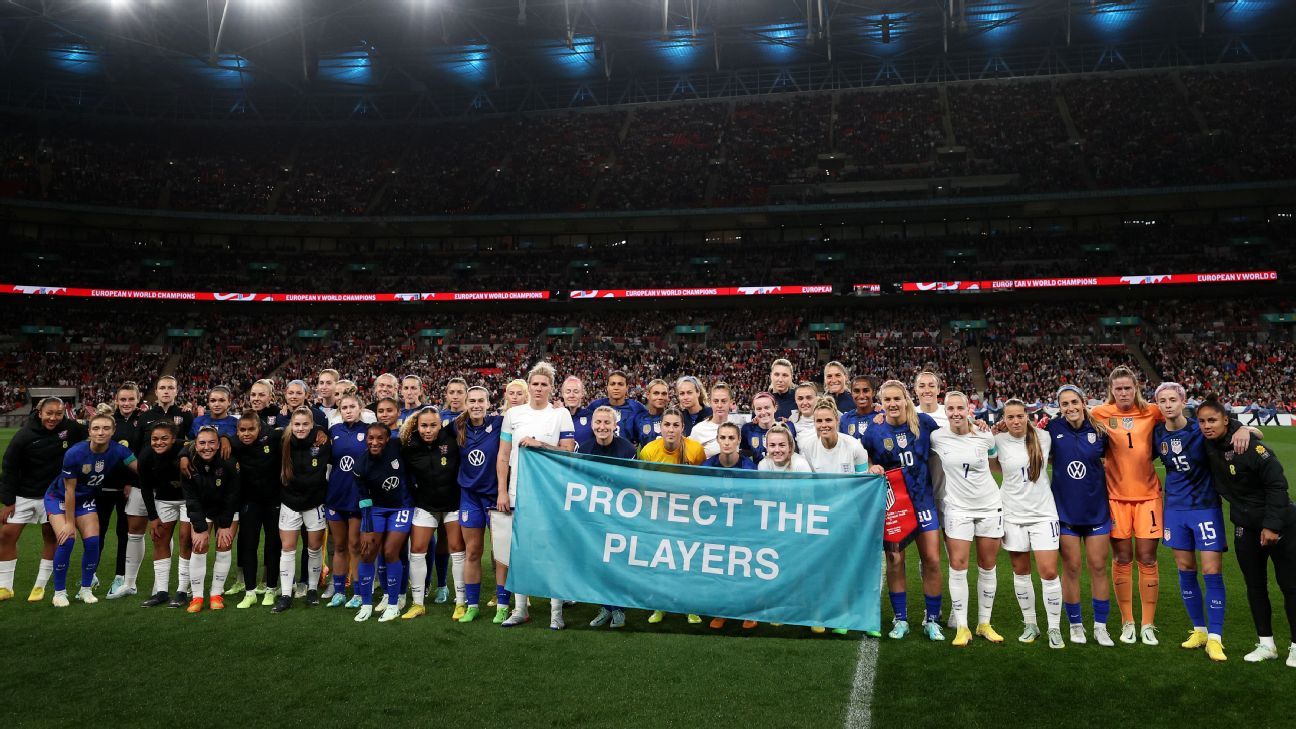 LONDON — Players from England and the United States Women’s national team unveiled a banner before kick off in their match Friday at Wembley showing their support for victims of sexual abuse.

The players held a banner saying “Protect the Players” in the Wembley center circle, while Wembley’s arch above the stadium was lit teal for 15 minutes before kick off. Both teams also wore teal armbands in a show of solidarity.

This came off the back of a week where the Sally Yates report was published detailing systemic abuse in the National Women’s Soccer League (NWSL). The independent investigation released on Monday revealed that player abuse within the NWSL was widespread and that league officials and governing body U.S. Soccer failed to adequately protect players.

USWNT veteran Megan Rapinoe spoke on the eve of the match and said she was “emotionally exhausted” after processing the report and called for accountability for those the report found were complicit in covering up the abuse.

Rapinoe said the report was “devastating in every single way” but praised the USWNT team for “how we were able to take that on and continue to do our job” ahead of Friday’s match against England.

England manager Sarina Wiegman was asked about her thoughts on the report Thursday, and said: “My first reaction is that’s horrible, unacceptable. I feel very sorry for all the victims and it should stop immediately, of course. I think it’s a worldwide problem still. I think it’s time we will step up and stop these things.”