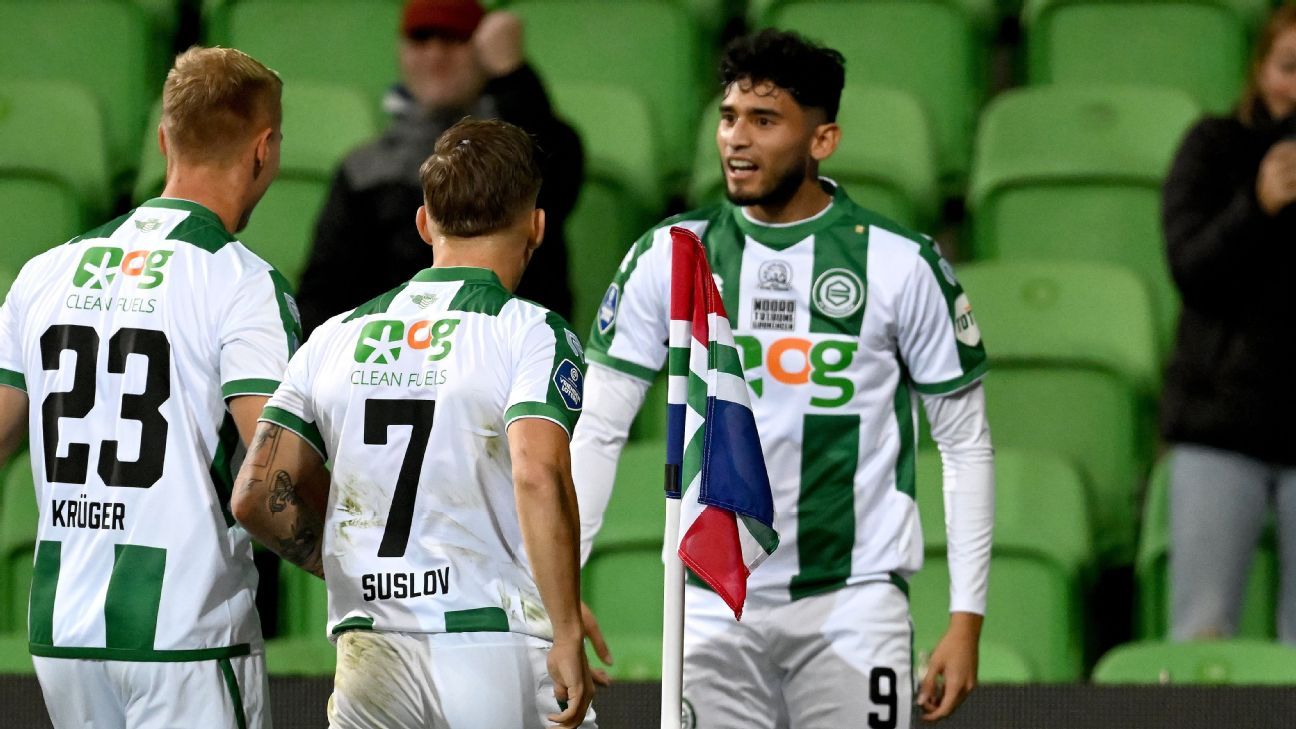 Pepi, 19, has now scored four goals in his last three games for the Dutch club. He is also the first player this century to be directly involved in five goals in his first four Eredivisie matches, according to Opta, having also registered one assist.

Pepi’s first goal on Friday came from the penalty spot as he opened the scoring in the first half by sending the goalkeeper the wrong way. He then made the score 2-2 in the second half when lashing the ball into the net from 12 yards following a long throw-in.

Pepi’s goals weren’t enough, though, as Groningen fell to an 80th minute winner from the visiting RKC Waalwijk.

The FC Dallas academy product joined Groningen on loan from Bundesliga club Augsburg late in the summer transfer window having struggled in Germany since a $20 million move from MLS in January 2022.

While he earned a call-up to the most recent U.S. roster last month, he failed to score after starting in a 0-0 draw against Saudi Arabia.

Pepi is battling with Jesus Ferreira, Josh Sargent, Jordan Pefok and others to earn a place in coach Gregg Berhalter’s roster for next month’s World Cup.