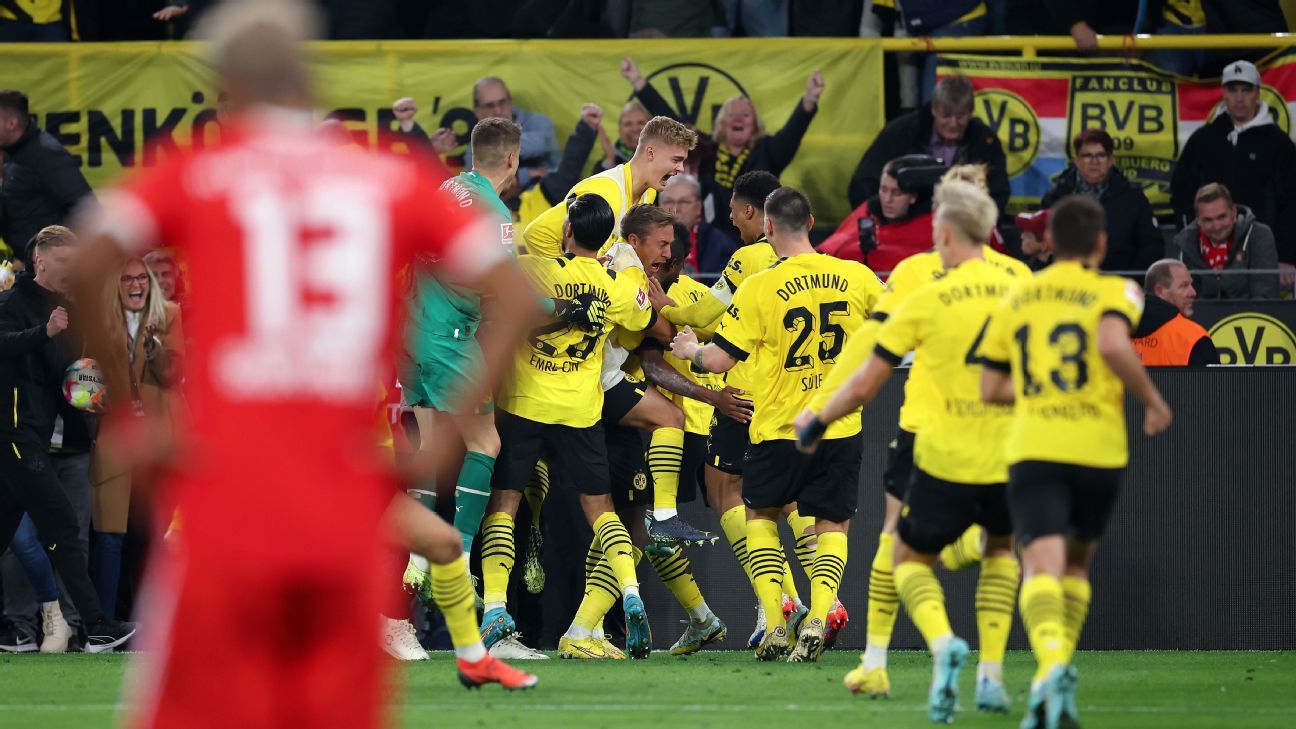 Borussia Dortmund‘s Anthony Modeste headed in a last-gasp equaliser to complete a sensational two-goal comeback and snatch a 2-2 draw against visitors Bayern Munich in the Bundesliga’s Der Klassiker on Saturday.

The 34-year-old Modeste, who had faced massive criticism after netting just once in the league following his arrival this season, headed in at the far post with the last touch of the game after also setting up their first goal, to rescue a point and keep Bayern off top spot.

He also snapped Dortmund’s eight-game losing run to Bayern in all competitions as the Bavarians ended the match with 10 men after Kingsley Coman was sent off in the 90th minute for a second booking.

Bayern, who face Viktoria Plzen in the Champions League on Wednesday, are on 16 points as many as Dortmund, with Union Berlin and Freiburg, both on 17, in action on Sunday.

“Had we scored that third goal then the game would have been over,” Bayern coach Julian Nagelsmann said.

“But then we concede a goal out of a not so dangerous situation. We definitely should have defended better. The last two or three minutes, with a player less, it was an open game.

“It is frustrating for us but that’s the way it is. Overall it’s a fair result.”

Goretzka threaded a low shot through a crowded box to open the scoring with Bayern’s first chance of the game in a high-intensity encounter in front of a sold-out 81,000 crowd at the Signal Iduna Park in Dortmund.

Dortmund, who host Sevilla in the Champions League on Tuesday, were equally aggressive but also had only few shots on target in the entire first half, including a clever Raphael Guerreiro effort that tested keeper Manuel Neuer.

The visitors shot out of the blocks after the break and Sadio Mane should have done better with a diving header in front of an empty goal from close range in the 49th.

Leroy Sane quickly made amends in the 53rd for his team mate’s miss, unleashing a fierce shot with Dortmund keeper Alexander Meyer getting a hand on the ball but unable to turn it wide.

With Bayern thinking they had done enough to win, 17-year-old Youssoufa Moukoko set up a dramatic finale when he picked up a Modeste pass to beat keeper Neuer and become the youngest scorer in the history of Der Klassiker.