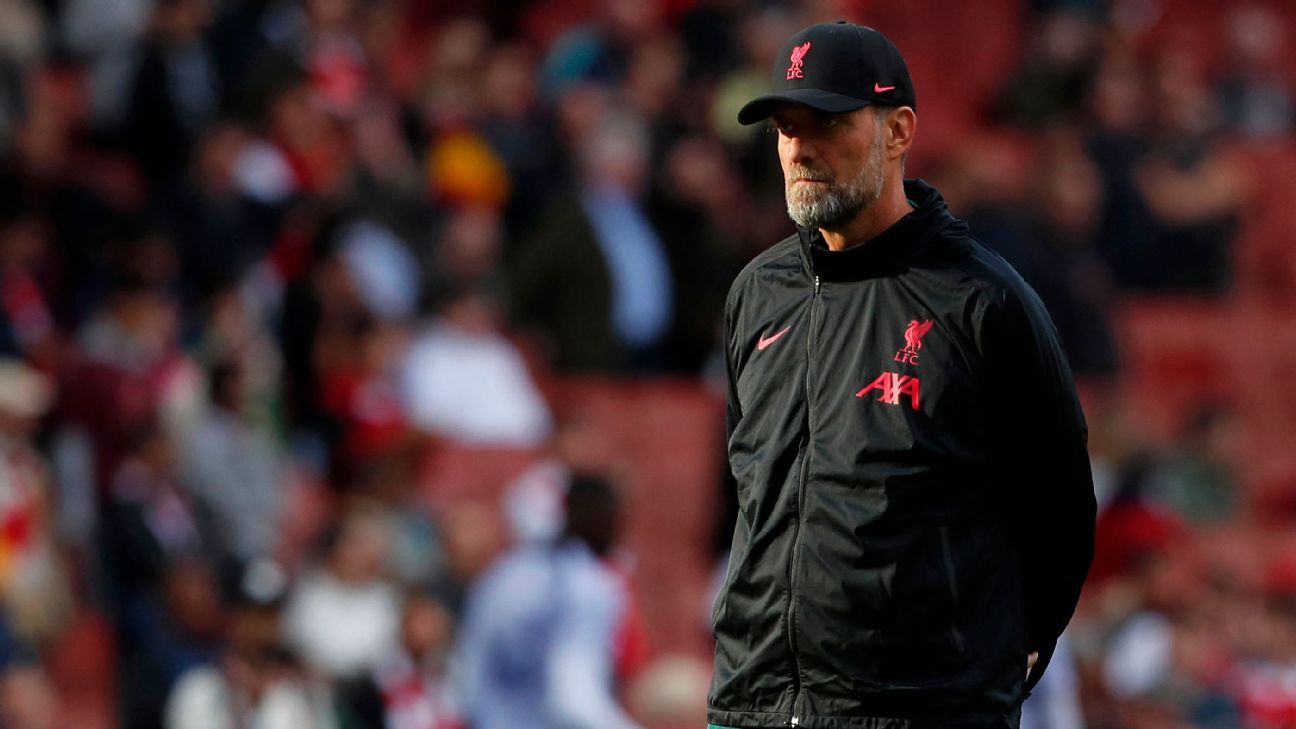 Jurgen Klopp admitted Liverpool are not in contention for the Premier League title after falling 14 points behind leaders Arsenal with a 3-2 defeat at the Emirates Stadium on Sunday.

Gabriel Martinelli opened the scoring after 58 seconds before Darwin Nunez equalised only for Bukayo Saka to restore the home side’s advantage on the stroke of half-time.

Klopp’s side have a game in hand on the top three sides, but after just two wins from eight league games this season, the Liverpool boss said: “We’re not in the race. Imagine I would sit here and think ‘we are nearly there, wait.’ Look, we saw a lot of things.

“So, we have problems at the moment but we caused the team in form, the leader of the table, massive problems today. Even in a really bad situation for us, with early changes and stuff like this, we caused them real problems. That’s the truth as well. We have to continue.

“Of course, in a situation like ours, we play Arsenal, we play Rangers obviously and then we play Man City. Is that the perfect opponent for finding confidence back? Probably not. But we will go out there and fight. That’s what we have to do and that’s what we do.

“We’re in a tough moment and we want to get through this together and that’s what we are working on.”

Arsenal’s winning penalty was hotly disputed and Klopp continued: “What can I say now about that situation? He thought immediately it’s a penalty, which is interesting but it is his decision. [VAR] Mr. [Darren] England looked at it and thought as well it was a penalty and we know in life, if two refs think the same, it is the truth we have to live with.

“If I see the situation back, if there is contact, I’m not sure there was contact, there might have been soft contact. But the player goes again on both feet and then down, that it is an indication that something might have been made up. But not for the refs.”

Luis Diaz was forced off in the first half with a knee injury and left the stadium on crutches wearing a knee brace while Trent Alexander-Arnold was forced off at the interval with an ankle problem.

“Diaz we had to change before obviously — something with the knee not good, really not good, he will have a scan and we will know more, I do not know about the extent,” said Klopp.

“But on top of that Trent, really bad as well with the ankle, twisted ankle. Not good. Trent in seven years has never gone off when he could have played on, had too much pain, a slight swelling immediately so he will have a scan. That is the icing on the cake.”