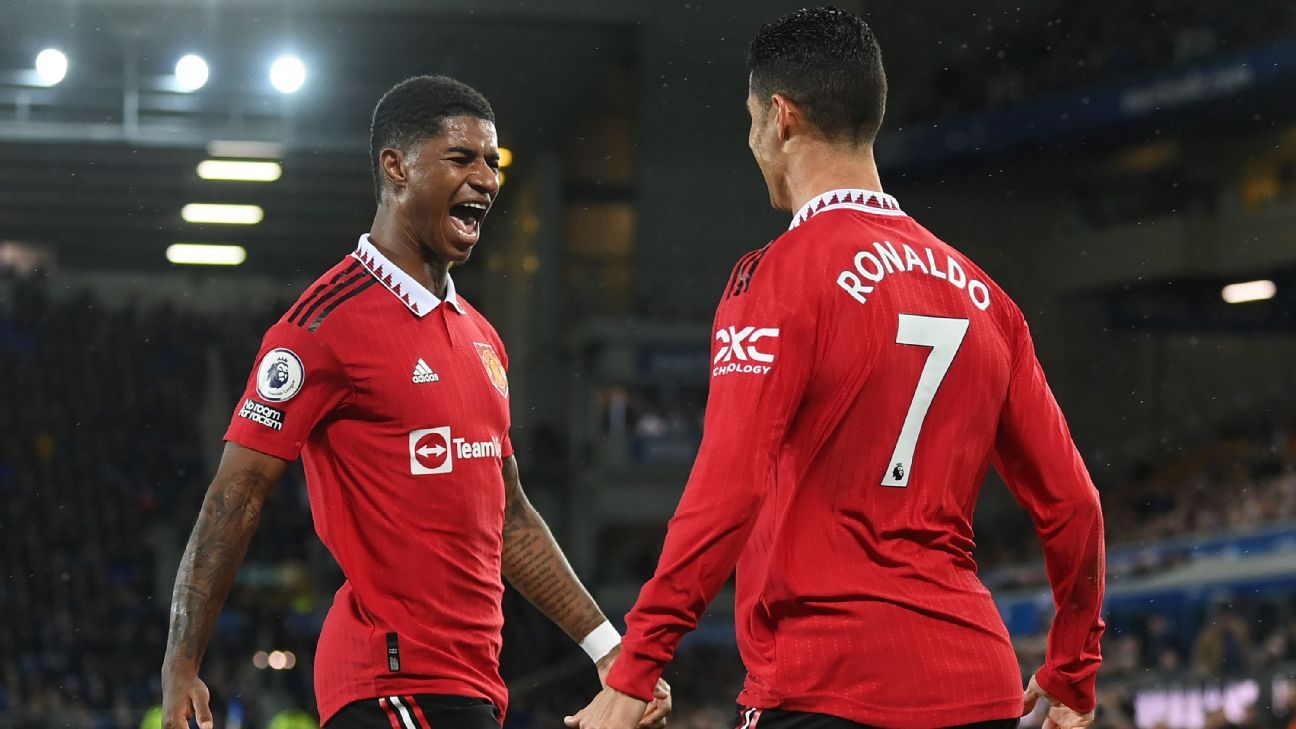 The Portugal international came on as first-half substitute for Anthony Martial with the game tied 1-1 and put United ahead at the break after latching on to a Casemiro through ball and expertly beating Jordan Pickford at his near post to give his team a lead they would not relinquish.

But the landmark comes at a difficult time for Ronaldo after a long summer saga which resulted in the 37-year-old staying at United after flirting with a move away.

Sources told ESPN he wanted to leave United to continue playing in the Champions League, but clubs including Chelsea, Bayern Munich, Paris Saint-Germain and Bayern Munich all turned down the chance to sign him.

Ronaldo has been restricted to a role off the bench under new boss Erik ten Hag, with his first goal of the season a penalty scored against Sheriff Tiraspol in the Europa League.

The Portugal star has scored the bulk of his tally for Madrid, where he became the club’s all-time top scorer with 450 goals from 2009-2018 after leaving Old Trafford for the first time.

He has scored 144 goals for United across two spells there, 101 goals for Juventus and five for Sporting, while he boasts 50 hat tricks.

– Dawson: What are Ronaldo’s options?

Meanwhile, an impressive 129 of Ronaldo’s club goals have come from the penalty spot.

He enjoyed his most fruitful years in LaLiga, where he racked up a remarkable 311 goals in 292 appearances.

He is also the top scorer in Champions League history with 140 goals in 183 appearances, 13 ahead of Lionel Messi.

And Ronaldo has only failed to score in one competition at club level — the Community Shield.

He is unlikely to experience another campaign as prolific as his 2014-15 season for Madrid, when he scored 61 goals in 54 games at a rate of more than 1.12 goals per match.

But his most successful calendar year on a personal level was 2013, when he netted 59 times in 50 games.

He is the highest men’s international scorer with 117 goals in 189 games for Portugal and recently said he wants to compete at the European Championship in 2024.

Information from ESPN Stats & Information contributed to this report.