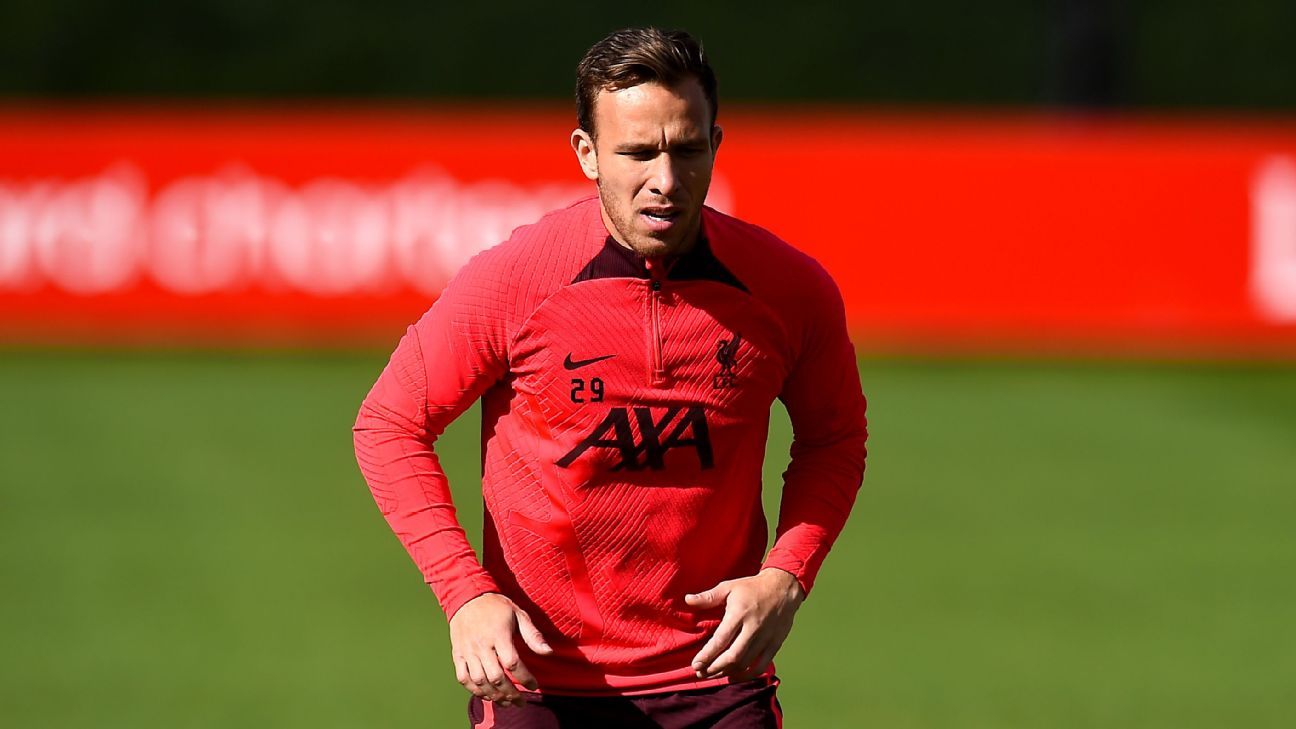 On-loan Liverpool midfielder Arthur Melo will be out of action for three months after suffering an injury in training this week, sources have confirmed to ESPN.

Arthur underwent surgery in London on Saturday, sources told ESPN, with the player now set to be out until the new year.

The Brazilian has appeared for just 13 minutes for Liverpool since joining on a season-long loan from Juventus on transfer deadline day. He has yet to make an appearance in the Premier League, with his sole outing coming as a substitute in a 4-1 Champions League defeat to Napoli to last month.

Liverpool are paying a loan fee of €4.5 million and have the option to make the transfer permanent for a fee of €37.5m.

The 26-year-old’s injury means he will miss out on Brazil‘s squad for the World Cup, which begins on Nov. 20. Arthur has won 22 caps for Brazil and made two appearances in qualifying for the World Cup in Qatar. His most recent outing came in March’s 4-0 win in Bolivia.