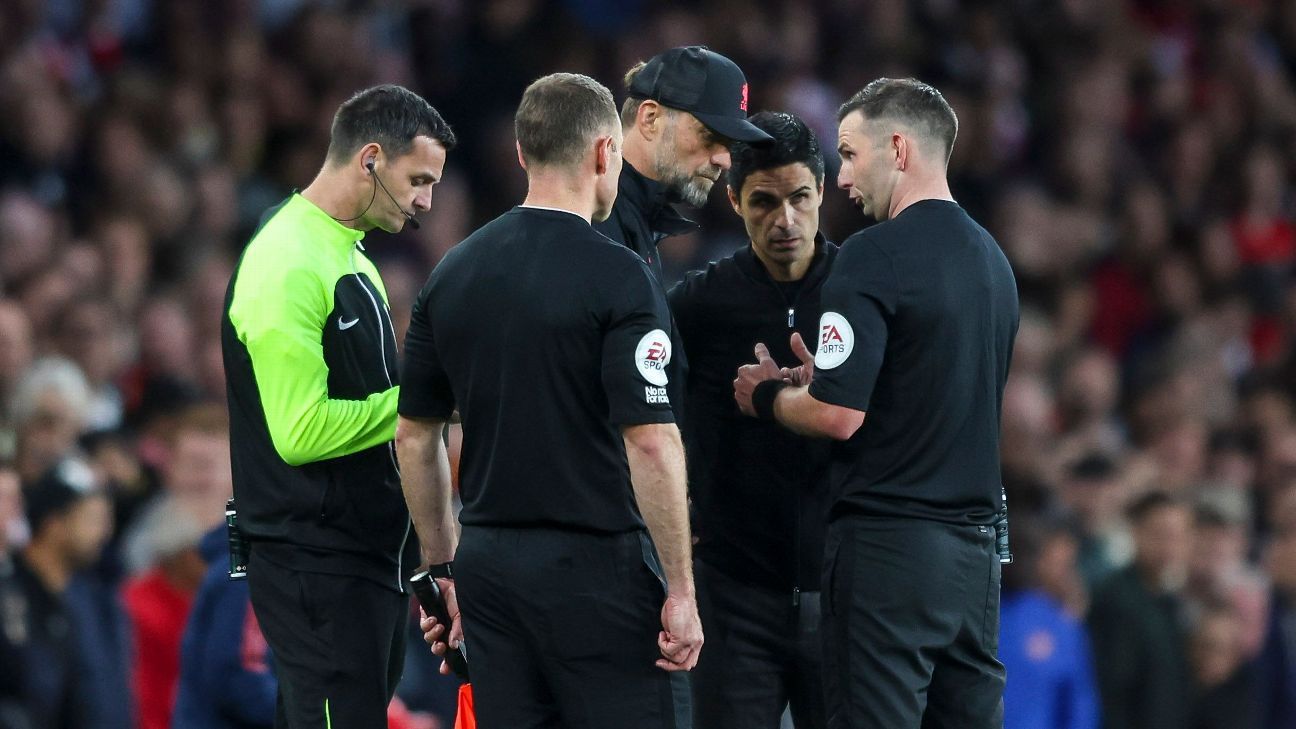 The Football Association is reviewing an incident between opposing players during Arsenal‘s 3-2 over Liverpool win on Sunday.

The confrontation occured after referee Michael Oliver’s award of a penalty to Arsenal at Emirates Stadium.

Following the incident, Oliver went to the touchline to speak with managers Mikel Arteta and Jurgen Klopp.

The FA said they will speak to Oliver and his officiating team during a review.

“We are aware of an incident that took place during the match between Arsenal and Liverpool. We are in dialogue with the match officials and will review the details of the incident,” an FA spokesperson said.

No additional information has been released at this stage, with Liverpool manager Klopp saying afterwards that he was “not allowed” to provide further details.

Arsenal boss Arteta said in his postmatch news conference: “It was an incident that happened. Whatever happens on that pitch stays on that pitch.”

Bukayo Saka‘s penalty in the 76th minute gave Arsenal the victory, moving them top of the Premier League above Manchester City.