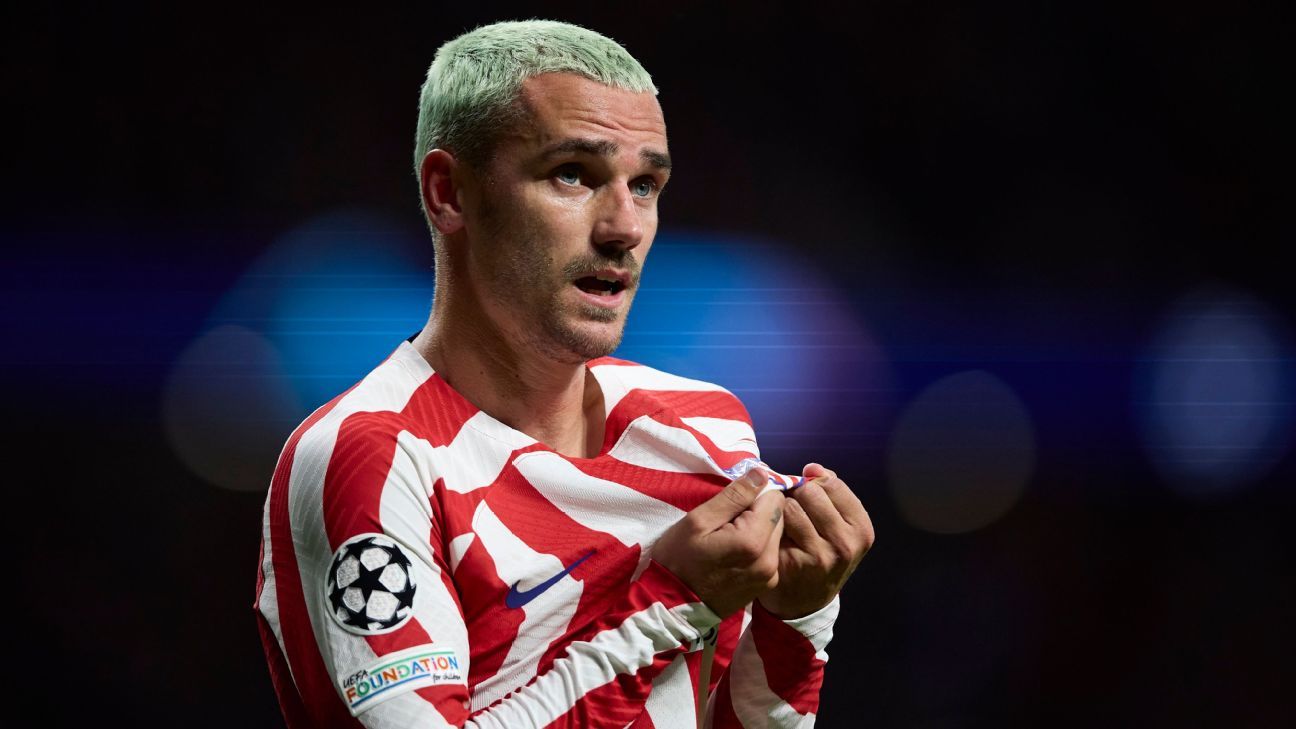 Antoine Griezmann has rejoined Atletico Madrid on a permanent basis after Barcelona agreed to reduce the transfer fee from €40 million to €20m, Atletico have confirmed.

Barca president Joan Laporta revealed on Sunday that Atletico could also have to pay an additional €4m in “easily attainable add-ons,” with Griezmann agreeing a contract until 2026 at the Metropolitano.

Barca and Atletico had been in dispute over a clause in the contract that saw Griezmann return to Atletico on loan at the start of the 2021-22 campaign.

Griezmann, 31, joined Atletico on a two-year loan deal with an obligatory purchase option of €40m in the event he played over 45 minutes in 50% of the games for which he was available.

At one point, Barca claimed that clause kicked in after the first season of the loan, even threatening legal action in the event Atletico did not comply.

Atletico, meanwhile, started to use Griezmann sparingly this season, bringing him on after the 60th minute in a string of games in an attempt to reduce the percentage of games he met the threshold for.

The France international signed for Barca from Atletico in 2019 when the Catalan club paid his €120m release clause, one year after he turned down a move to Camp Nou at the end of a documentary he had recorded called The Decision.

Barca would later pay Atletico an additional €15m, reportedly as a penalty because they had first approached Griezmann when his clause was still €200m, although both clubs denied that was the case at the time.

Instead, they claimed the €15m was a down payment for Barca to have the first refusal on Saul Niguez, Jose Gimenez and three other players in Atletico’s academy.

Griezmann scored 35 goals in 102 appearances over two years for Barca.

In his first season back at Atletico, where he scored 133 times during his first spell between 2014 and 2019, Griezmann netted eight times in 36 games.