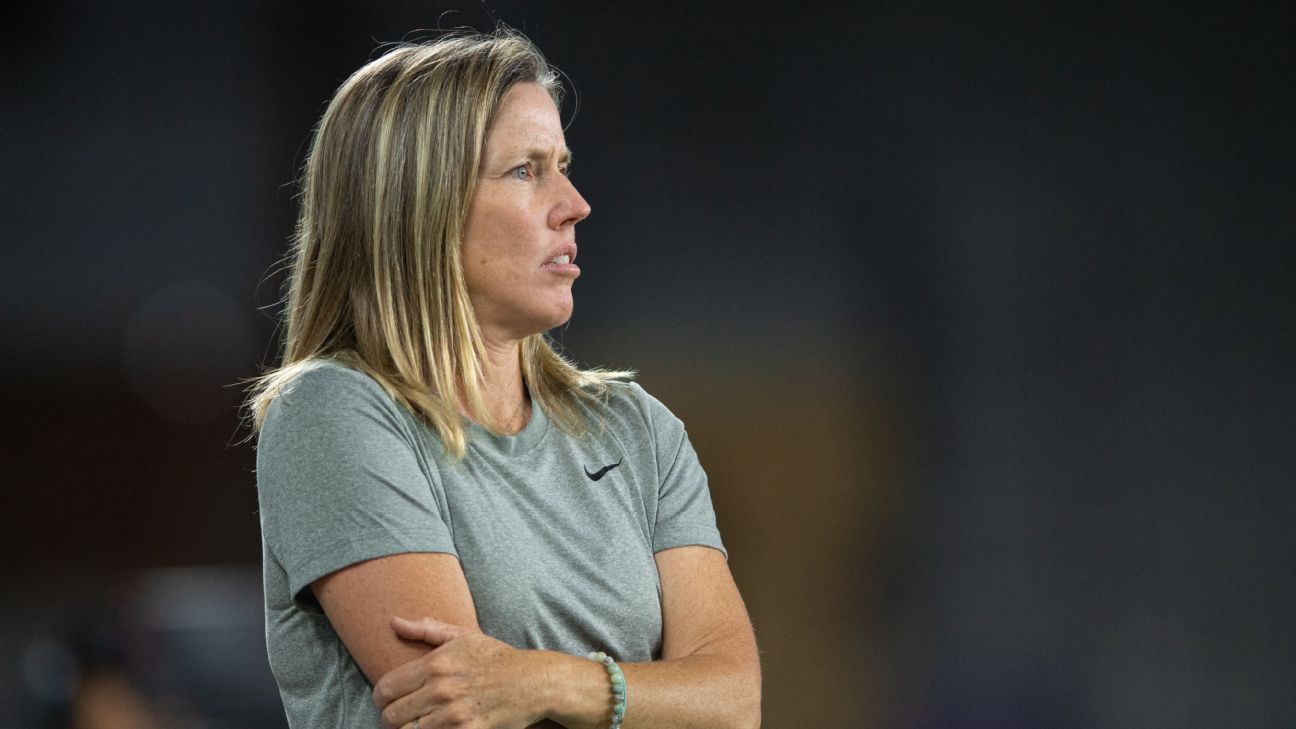 The National Women’s Soccer League announced Monday that it had terminated the contracts of Orlando Pride coach Amanda Cromwell and assistant Sam Greene after finding the two had engaged in retaliatory conduct.

The league made the announcement in a statement following a joint investigation by the NWSL and NWSL Players Association, with the Pride voicing support for the decision.

“Cromwell’s and Greene’s employment contracts are terminated effective immediately. Cromwell and Greene are ineligible to work in the NWSL in any capacity unless or until approved by the Commissioner,” the NWSL said in a statement.

Pride owner Mark Wilf issued the following statement shortly after: “Our organization has received a review of the findings regarding retaliatory conduct toward Pride players and supports the actions taken by the National Women’s Soccer League, including the league’s decision to terminate the contracts of Amanda Cromwell and Sam Greene, effective immediately.”

Cromwell and Greene were placed on temporary administrative leave on June 6 by the NWSL and NWSLPA, pending an investigation into a violation of the NWSL discrimination, harassment and bullying policy for “alleged retaliation.”

Later on Monday, Cromwell responded with a statement of her own, in which she said: “I am saddened and disappointed by the results of the NWSL’s investigation released today. I believe the investigation lacked transparency, professionalism and thoroughness and as a result my character and integrity have been mischaracterized.”

Cromwell further alleged that the accusations of “retaliatory” behavior stemmed from her decision to waive a certain player “based on performance and conduct that was detrimental to the team culture.”

That decision, she wrote, had been approved by the club.

“Throughout this process, I have remained silent as I have fully cooperated with biased and incomplete investigation in an effort to clear my name and protect the reputation I have built both as a professional player and a coach for nearly 40 years,” Cromwell added in her statement. She said she would be “reviewing all legal options.”

Seb Hines took over in an interim role for Cromwell after she was placed on leave with the Pride missing out on the NWSL postseason after the season ended on Oct. 1.

The news about Cromwell and Greene comes one week after the release of a report by former acting U.S. Attorney General Sally Q. Yates found emotional abuse and sexual misconduct were systemic in the league. Yates did not investigate Orlando or find wrongdoing on Cromwell’s part, but the report’s release did highlight increased scrutiny on coaches within the NWSL due to widespread allegations of abuse from players.

The joint investigation by the NWSL and NWSLPA into misconduct in the league is still ongoing.