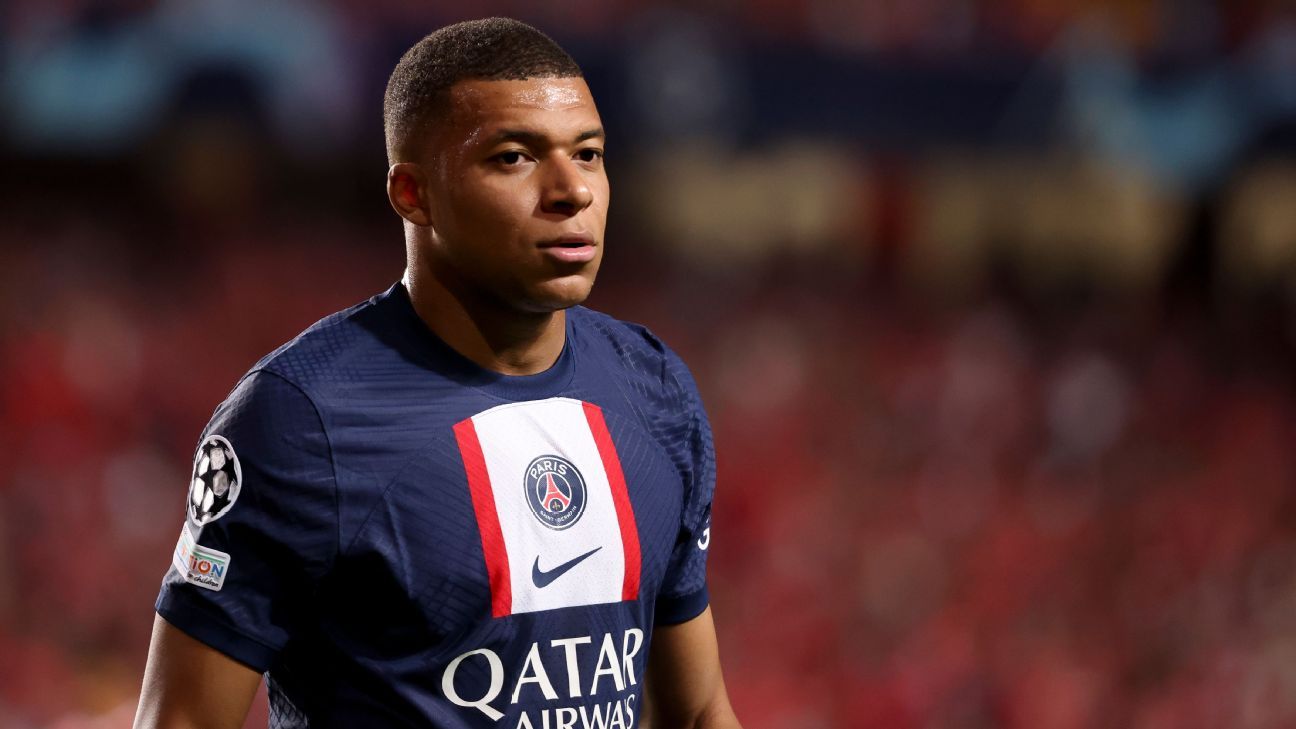 Kylian Mbappe is pushing to leave Paris Saint-Germain in January as his relationship with the club has broken down, sources have confirmed to ESPN.

The news comes just five months after Mbappe signed a new contract with PSG, with sources saying the 23-year-old feels at odds with the club’s direction on and off the pitch. He is open to any destination but signing for Real Madrid would be his preference, sources added.

There has been no official comment from PSG, but sources have said the club want to keep Mbappe and intend to resolve the situation after Tuesday night’s Champions League game against Benfica — which the forward is expected to start.

One of the promises was that Mbappe would play with a No. 9 next to him in attack who could play as a pivot, but this has not happened. The World Cup winner with France was also told that PSG would recruit another centre-back, which did not happen in the summer, while Mbappe’s relationship with Neymar has deteriorated, sources said.

Sources told ESPN the Ligue 1 champions were open to offers for Neymar in the summer but they could not find a club for him.

The three-year deal Mbappe signed in May made him the highest-paid player in world football, according to sources, and included a sizeable signing-on fee.

Mbappe, according to Forbes, will earn $128 million for the 2022-23 season — a record for the magazine’s annual rankings. His appearance at the top of football’s rich list represented the first time a player other than Lionel Messi or Cristiano Ronaldo had reached No.1 in eight years.

Mbappe voiced his concerns in September after France beat Austria in the UEFA Nations League, saying he was having more fun playing for the national team because he had more freedom than at PSG.

“‘What they ask of me here is different,” Mbappe said. “Here, I have much more freedom than at PSG.

“The coach knows that there is a ‘9,’ like [Olivier] Giroud, and so I can move and go into space. In Paris it is different — they ask me to play pivot, although I enjoy [playing] everywhere.”

Galtier appeared to acknowledge there were issues with Mbappe in a news conference on Monday.

The PSG coach said: “I am trying to reassure him by finding different options. I don’t know what the club told him before I arrived in the summer, but we are very sensitive as to how he feels and what he says because he is a very important player for the team.”