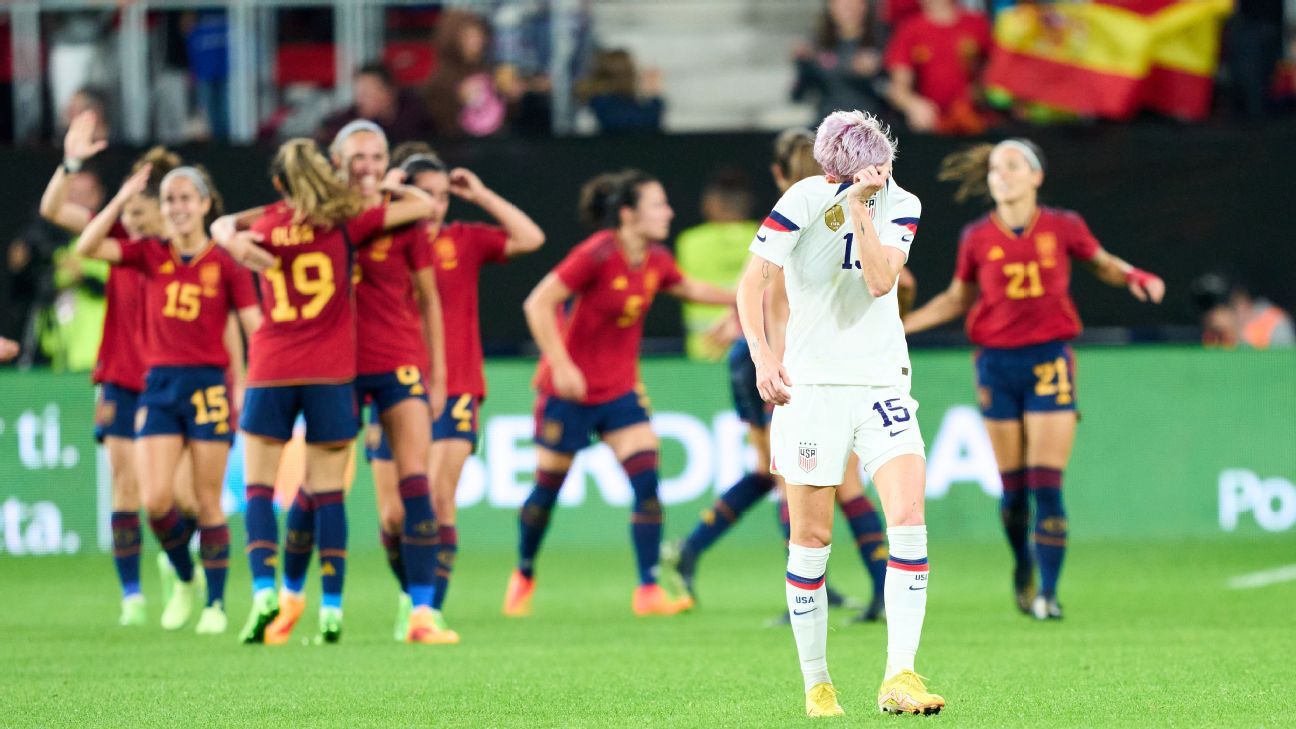 An understrength Spain women’s team beat the United States 2-0 in a friendly in Pamplona on Tuesday night.

Laia Codina put the hosts up before the break and Esther Gonzalez doubled the lead in the second half with a stunning volley to give Spain an unlikely win over the the U.S.

It was the first time the USWNT had allowing multiple goals in consecutive games since Feb. 27 and March 2 of 2019, in matches against Japan and England, respectively, following a 2-1 loss to the Lionessess for Vlatko Andonovski’s side on Friday.

Spain was without many of its top players, who are embroiled in a battle with the country’s federation over who should be coaching the team. At least 15 players refused call-ups for a pair of friendlies in this international window as a show of protest amid the team’s desire to see the women’s game in Spain professionalized.

The move was seen by the Spanish federation as an effort to force the resignation of coach Jorge Vilda, but the team’s players denied that was the case.

Vilda, who said he will not resign as coach, oversaw the women’s win against the U.S. on Tuesday and as well as a 1-1 draw with Sweden on Friday.

Barcelona’s Patricia Guijarro and goalkeeper Sandra Panos, and Manchester United’s Lucia Garcia were among the top players left out of the team against the U.S. Jenni Hermoso and Alexia Putellas were not included because of injury.

Codina scored in the 39th minute. It was the first goal off a set piece that the United States had conceded since last summer’s Tokyo Olympics. Gonzalez added a goal in the 72nd.

The United States hadn’t lost two straight since the March 2017 SheBelieves Cup, when the team lost consecutive games to England and France.

Both teams are preparing for next summer’s World Cup, co-hosted by Australia and New Zealand. The United States, the world’s top-ranked team, has won the last two World Cups.

U.S. captain Becky Sauerbrunn said players were “horrified” by the revelations. Five of 10 coaches in the NWSL last season were either fired or stepped down amid allegations of inappropriate behavior. Yates also offered recommendations for change going forward.

The United States had won the previous three meetings against Spain.