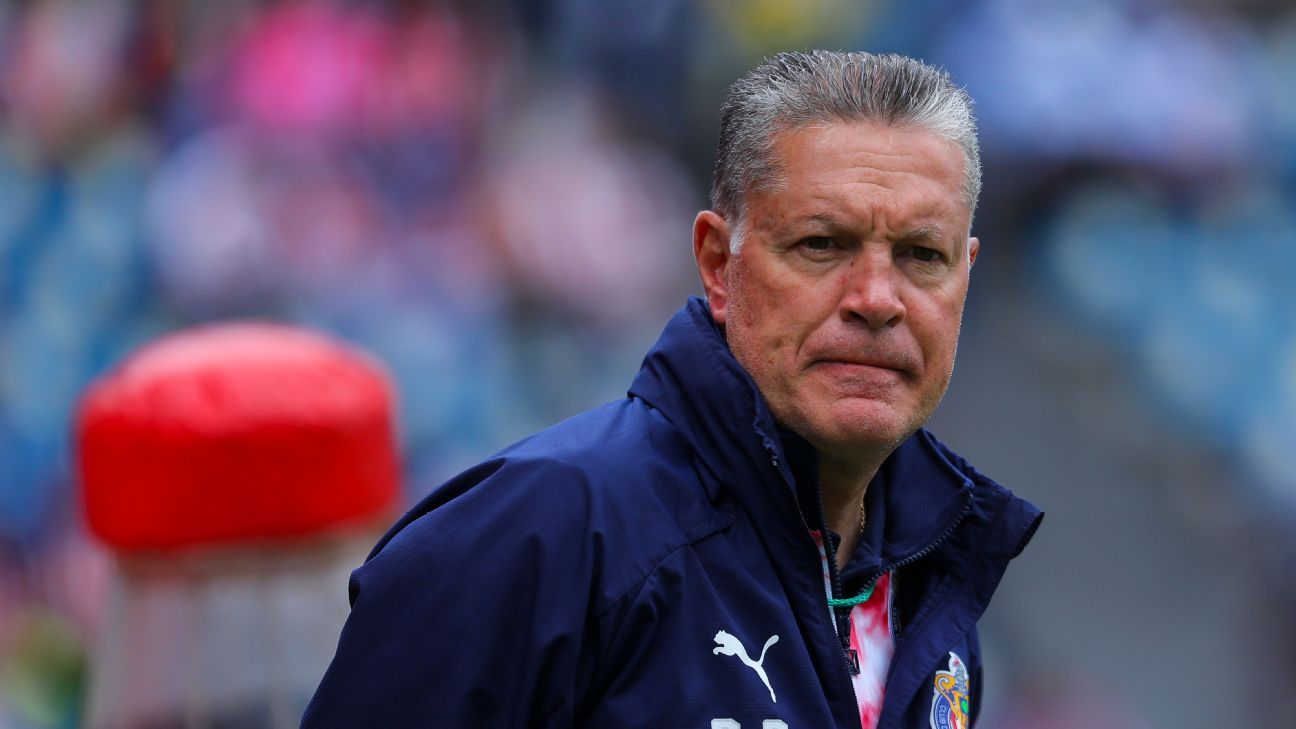 Chivas have terminated the contract of sporting director Ricardo Pelaez after a 5-4 loss on penalties to Puebla in the first round of the Liga MX playoffs.

Current Chivas manager Ricardo Cadena will stay on board for the time being.

Pelaez made the announcement on Tuesday after a conversation with the Chivas front office.

“[Ownership] came to the conclusion that I’m not going to continue with the institution,” Pelaez said. “I fully agree with the decision. Why? Because changing the coach or changing three or four players is not enough. I came here to find solutions and in the end I wasn’t able to do so…I came here to bring titles and I didn’t do it.”

“We want to thank Ricardo for his work and dedication to his role in the club from November 2019 to today,” Chivas said in a statement. “We are clear that the project stalled in team performance and results, and therefore the need to change its leadership.”

Chivas owner Amaury Vergara’s brother-in-law, Alejandro Manzo, will move to the sporting director role. Manzo was team secretary general and a board member.

A former goal scorer and striker for Chivas in the late 1990s, Pelaez was brought in as sporting director in November of 2019.

Despite joining the league giants that have the second-highest tally of Liga MX championships with 12 in total — just one behind rivals Club America — Chivas haven’t been able to reach a Liga MX final since their title in the 2017 Clausura.

Following issues in the first tournament of 2022, Pelaez and the club dropped manager Marcel Michel Leano. Cadena, who started as an interim and then earned the permanent coach title, replaced Leano for the ongoing Apertura.

Chivas struggled in recent months and limped into the play-in round of the Liguilla with a 5W-7D-5L record as the ninth club in the standings.

Against Puebla last Sunday in the first round of the postseason, Chivas finished with a 1-1 draw in regulation time before being knocked out 5-4 in an ensuing penalty shootout, denying them a place in the final eight of the Liguilla.

“As coach, I accept that we failed in the search of, in the intent of the minimum that we planned at the beginning of the tournament, which was to qualify [for the quarterfinals],” Cadena said in the post-game press conference. “In that sense, we failed.”

FIFA could abandon 3-team groups for 2026 World Cup
Round of 16 is set! South Korea show Uruguay out, USA-Netherlands preview
Messi ‘annoyed’ by pen miss despite Argentina win
Pele to Brazil squad: I will cheer from hospital
Ronaldo’s Portugal role ‘to be defined’ – Santos