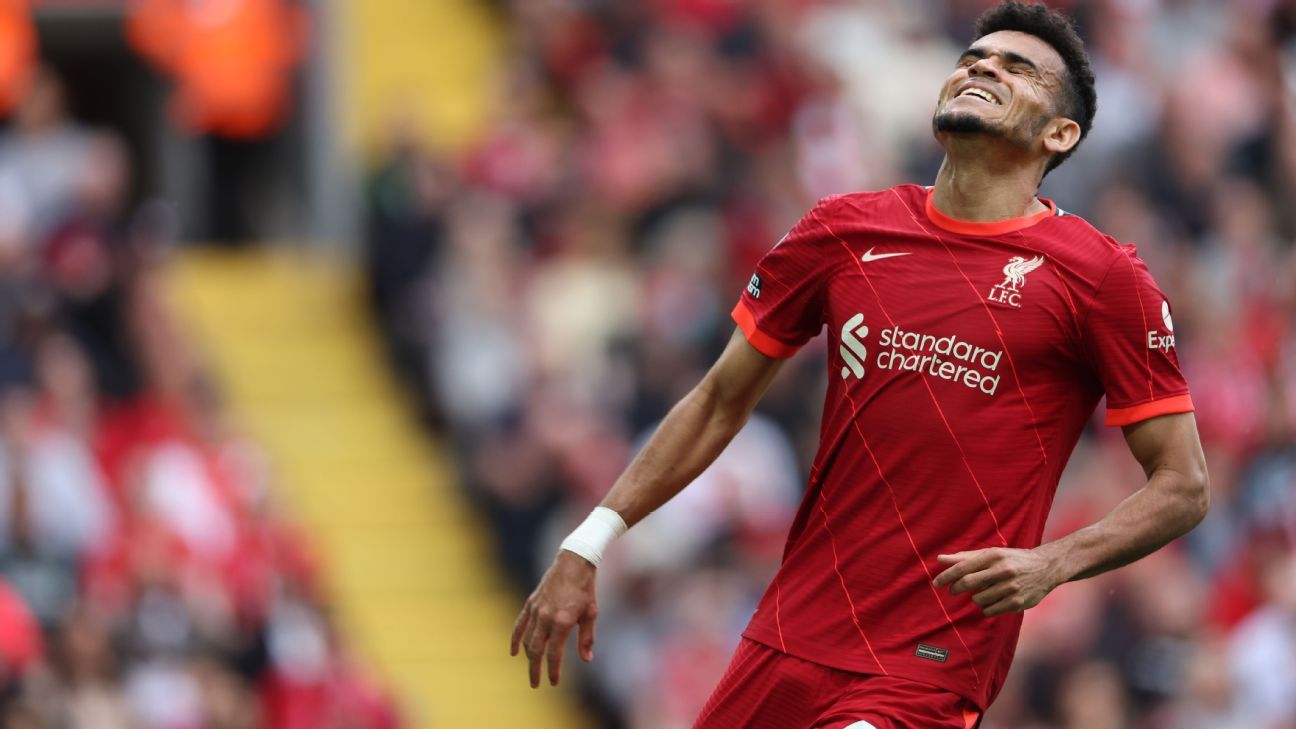 Liverpool winger Luis Diaz will be out for up to two months and teammate Trent Alexander-Arnold could be missing for two weeks after manager Jurgen Klopp gave injury updates on two of his key players on Tuesday.

Both players were hurt in the first half of Liverpool’s 3-2 loss at Arsenal in the Premier League on Sunday.

Diaz injured his left knee, with Klopp estimating that the Colombia international will be out for “six to eight” weeks. That means Diaz will not return until after the World Cup, for which Colombia hasn’t qualified.

Alexander-Arnold didn’t emerge for the second half against Arsenal because of an ankle problem.

“Two weeks I’ve heard,” Klopp said of Alexander-Arnold. “But we have to see if that is right. That is the information I have got — I’m not sure if I’m allowed to say this.”

That timeframe at least means Alexander-Arnold, who plays right-back for England, should be fit well before the World Cup begins.

Diaz has made 12 appearances in all competitions so far this season, scoring four goals with three assists.

Liverpool have struggled this season and are 10th in the Premier League table with 10 points after eight matches. They travel to Rangers in Group A of the Champions League on Wednesday.

Information from the Associated Press and Reuters was used in this story.